Skip to content
We must stop food industry – Our greatest enemy!
If you have forgotten who we are, let me remind you first.  As citizens we had lost our faith in the political system and its values; of the politicians, who can do whatever they wish and still stay in power. As consumers we were fed up in the fact that the only influence we had was in our buying decision; and of the faceless companies whose only real value was money. We wanted to take back control of our lives again.
As a result the organization called Food Liberation Army was founded. The organization has a simple task: Break the stronghold that the large corporations have on humankind. Fight against the (corporate) power, where it does not belong to. Make decisions on our own again. From words to action.
Our greatest enemy – the food industry. The food industry kills more people and animals than the arms industry. It is the biggest cause of climate change, lifestyle diseases, and both economic and social inequality in the world.

Global food capitalism is focused. The combined turnover for the ten largest food companies is higher than the combined gross domestic product for 75 poorest countries. 80 percent of the world’s food trade comes from only 20 countries.

In 2050 there will be two billion more of us, 9.2 billion people in total. The human population is growing faster than food production. 15 percent of agricultural land has been turned ecologically unsuitable because of the unsustainable farming methods. Currently over 80 percent of the land that is suitable for agriculture is already in use, and the food production in the world cannot really grow in acreage wise. 50 % of food is thrown away in the food production chain because the food quality in the low-cost mass production is so bad.
Cheap raw ingredients have to be improved in different ways – measures to improve taste, look, texture and preservation. Industrial heavy processing reduces the quality and leads to loss in flavour. This is the key to a world of E numbers. In the EU, there are around 540 registered food additives. The assumption is that 320 of them are safe. 150 of them are subject to uncertainty. 70 of them are known to cause allergy or other intolerance symptoms. 30 of them, in long term use, can cause significant health hazards such as cancer.
Solution:
That is why the only solution is to improve the food value, and minimise food waste. It would be cheaper to move to organic food because the waste and purchase amounts would get smaller when the quality is better and food is more valued. Whilst we are learning a new respect for our food, bio-waste should be recycled as efficiently as possible by composting or in the production of energy. The food industry uses variety of crops that have been produced using fossil fuels (e.g. fertilisers and pesticides). Food produced with fossil fuels must be stopped because its efficiency is low: to produce 1 food calorie it takes 80 oil calories. It is estimated that 20-30 percent of climate change is caused by food production chains. Industrial farming relies heavily on fossil fuel – that is why food price hikes are closely linked to oil prices.

It took 10 000 years to learn how to farm plants that we take for granted. We have lost 90 percent of our crop varieties in last 100 years… in the name of efficiency. When a species or cultivars become extinct, they cannot be brought back.
In particular, damage caused to the ecosystem by GMO farming is immense. The biggest problem is genetically modified soya, corn and grain feed which is used to feed meat cattle. 70 % of the world’s soya is genetically modified. GMO soya and grain have been genetically modified to stand pesticides that destroy other plants in the fields. This enables a heavy use of pesticides on GMO crop causing a loss of vegetation biodiversity in large farming areas, and subsequently insect and animal life either completely changes or dies. That is why, for example, the dramatic reduction of the number of bees endangers in places the whole eco system. The newest studies also show that GMO grain fed cattle lose their fertility within a few generations.
The biggest question of the genetically modified (GMO) food is – who owns the food? The patents for GMO crop and seeds are held by a few large corporations, and farmers have to purchase a license and new seeds every year to stay in the business. If previously seeds and farming were seen as everyone’s right and a basic need – something that no-one could have an ownership of – today’s GMO companies, with their armies of lawyers, want these rights for themselves.
Solution:
On the contrary, as implied GMO is not the answer for the world’s food supply, but diverse organic farming is. According to a UN Commission on Human Rights report, teaching organic farming practices to 57 test farms in developing countries, they managed to double their harvest. GMO farming and genetic patenting should be banned.

In industrial food production, well-being of the soil is separated from the well-being of the plants, animals and humans. Its goal is to produce more efficient raw ingredients for food production.
People, who buy and eat food, are completely forgotten. This is not only a problem for poor countries. Low-cost, highly processed food filled with cheap additives by industrial giants hit most notable the low paid workers of Finland. For these people food is potentially the largest expenditure of total revenue in percentage terms. At the same time when two billion people suffer from anaemia and 500 000 children are blinded because of vitamin A deficiency food related lifestyle diseases use half of the Finnish social and health budget.
58 percent of 15-64 year old Finnish men and women are overweight. In the West, there is a first generation living who, because of their eating habits, will die younger than their parents. At least 15 animal-borne diseases, that are infectious to humans, are considered to have a serious impact to human health, economy and the society. Large animal production units are new breeding grounds for infectious diseases. For example, a common cold and influenza epidemics are animal-borne, zoonotic diseases.
Solution:
The social costs of these illnesses should be added into the price of “cheap food”. We must control the size of large (industrial) livestock farms, and farms should be forced to make their operations more ethical and ecologically sound.

Our food production causes more new problems: food scandals as well as health and environmental problems. Increases in the food prices were a springboard for the Arab Spring. In 2007-08, food prices caused unrest in 14 countries. 70 000 farmers die every year of pesticide poisoning. 30 percent of Kenyan coffee plantation workers are children. Uncertified cocoa from Africa is picked by kidnapped child slaves.
Global food capitalism is focused. The combined turnover for the ten largest food companies is higher than the combined gross domestic product for 75 poorest countries. 80 percent of the world’s food trade comes from only 20 countries.
80 percent of the world banana trade is controlled by five companies. 40 billion Euros are spent on food advertising worldwide every year. Just in Finland, around 300 million Euros are spent on food advertising yearly. 80 percent of food consumed by Finns is sold by two retailing cooperative organizations. 75 percent of food consumed by Finns is produced by four food manufacturers.
Amongst all of this, it is amazing how little attention food gets. In Finnish politics food is merely just an agricultural policy that pursues interest of large retail cooperatives like S-ketju and Kesko, and large manufacturing companies such as Valio, Raisio, Atria and HK-Ruokatalo.
Solution:
Centralization of the food industry and trade, directs the food to an even more unethical and unhealthy direction. The food industry must be forced to carry out their responsibility with direct politics and greater regulations. It should also finance or carry out open research studies about diseases caused by the food on offer, and about prevention and treatment of these diseases. The food industry’s centralization should be limited, and global ethical regulations should be created. Any misconduct should be penalised heavily.
Without food there is nothing – not even people.
Article 25 of Universal Declaration of Human Rights states: “Everyone has the right to food”. We must raise food security for the world’s poorest social classes. We have both an historical and moral obligation, even if the food industry thinks that human rights damage their profits.
We must stop food industry!
12.2.2013
www.freeronald.org 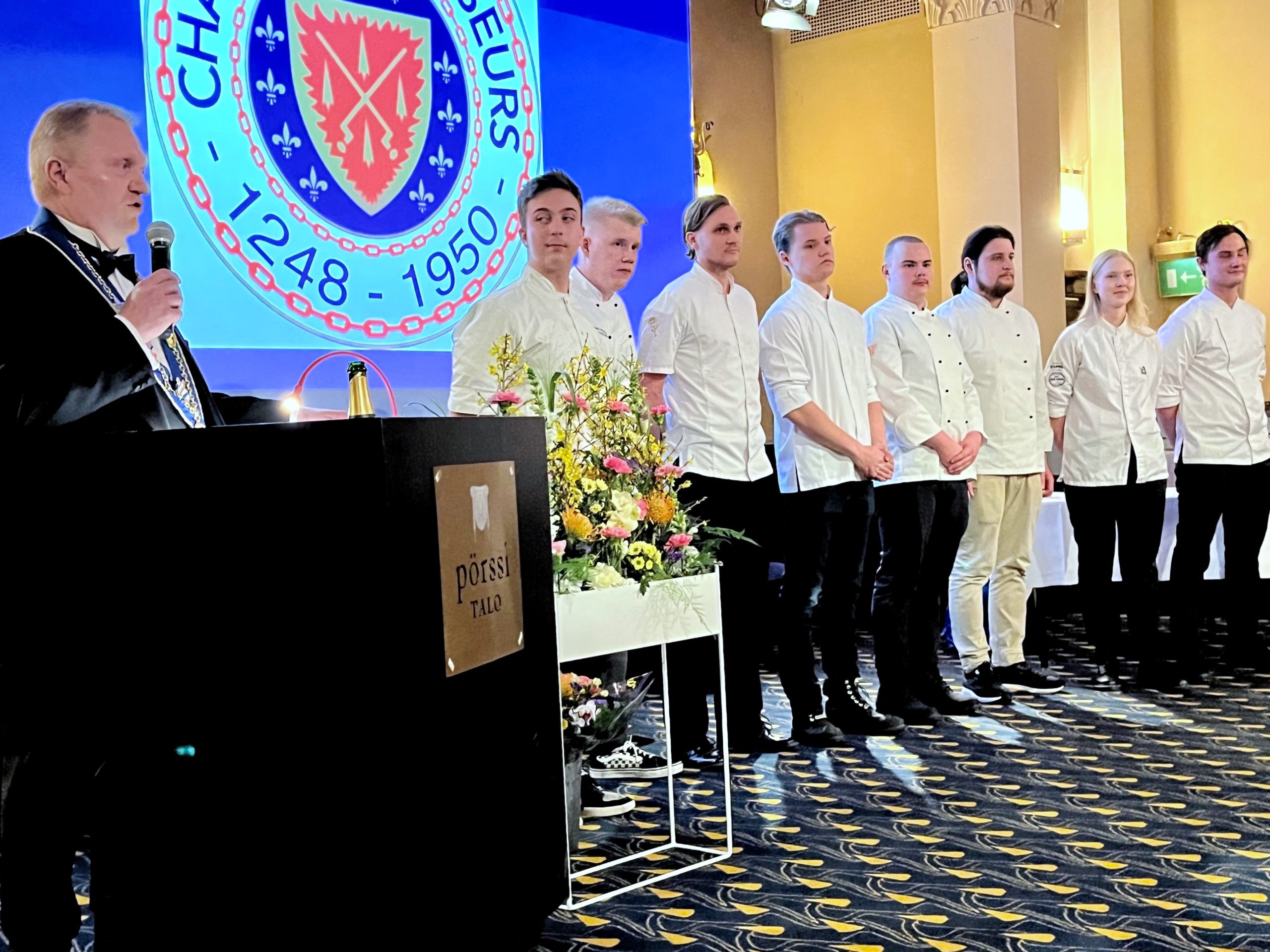 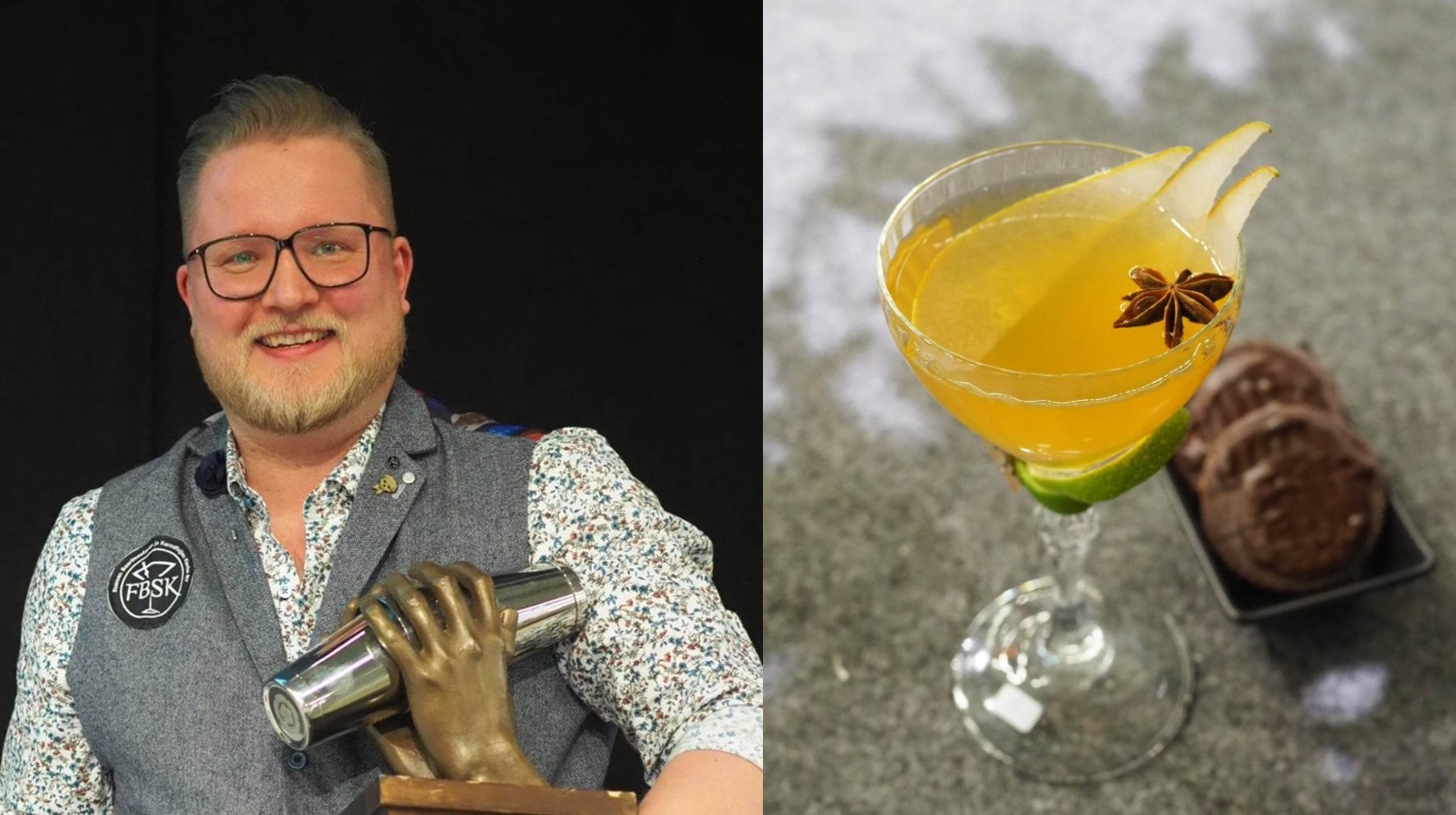 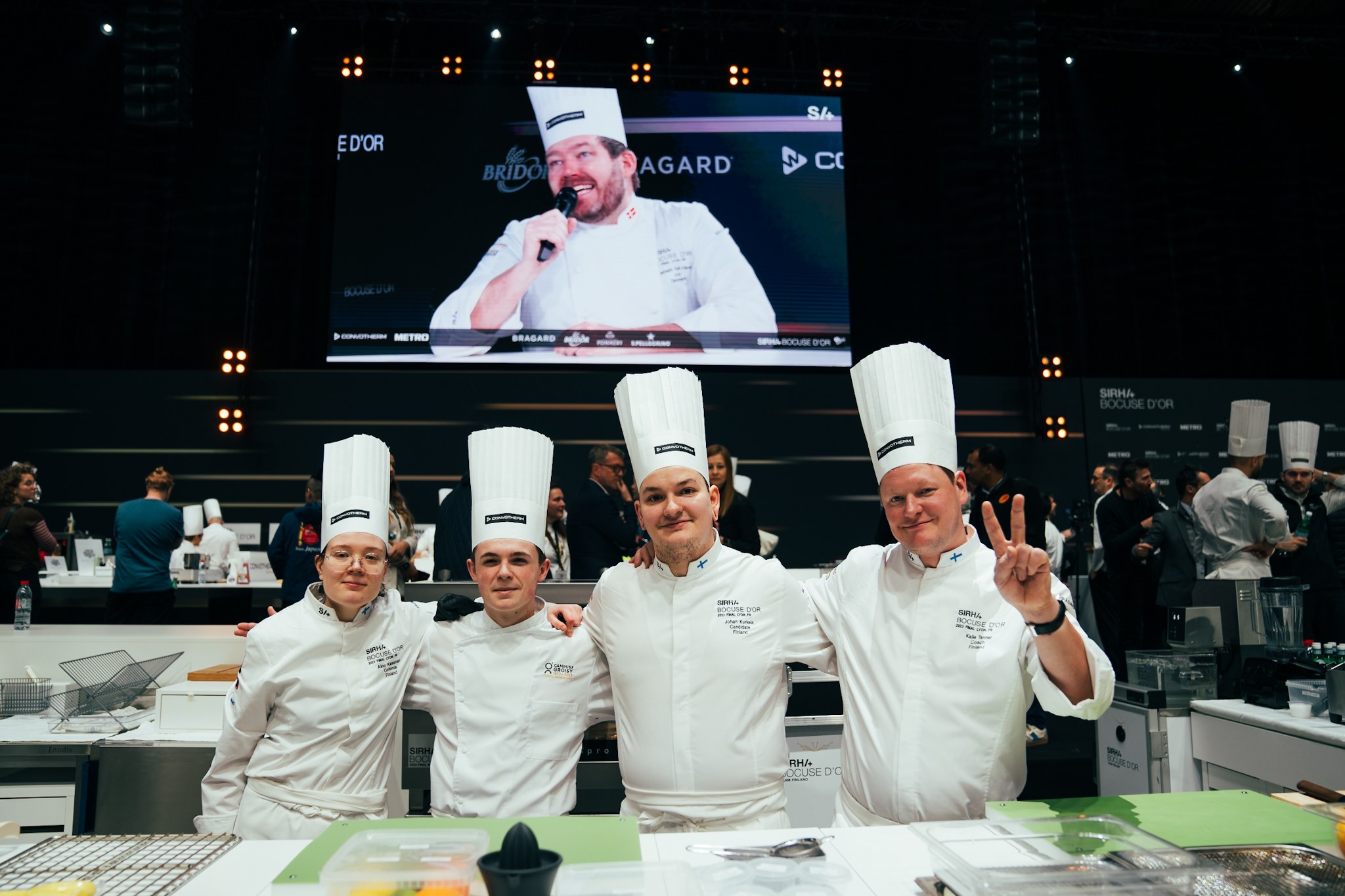 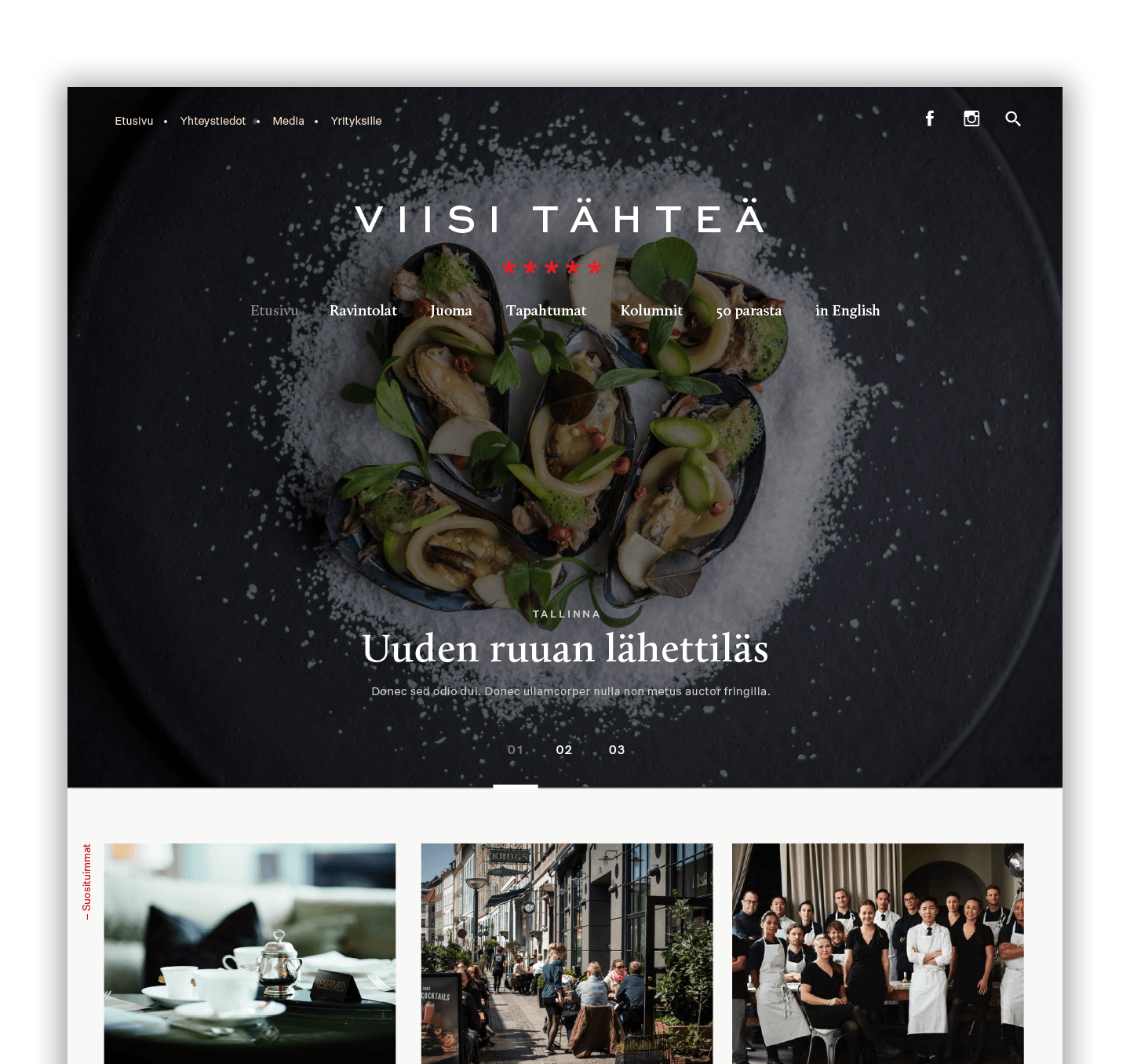